Hi there, January, I’ve been waiting for you.

You see, back in December I knitted myself a super quick and super warm garter stitch cowl, and then for weeks we actually had quite mild temperatures (Christmas was grey and rainy rather than cold and snowy), so I didn’t get to wear it for almost a month after knitting it. But January is here, and me and this cowl are going to get through the -20C or whatever you are going to throw at us. Well, me and the cowl and a down coat and some Sorel boots. But the cowl is the REAL piece of the puzzle here. 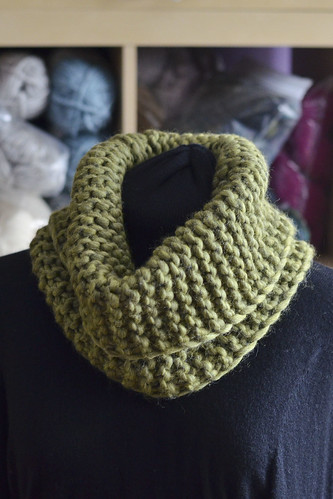 This is what you can do with a single skein of Cascade Magnum, a pair of 12mm/US#17 needles, and about 1.5 movies on Netflix worth of time. Pretty great. It’s this sort of project that makes people go crazy for the bulky weight yarn in December – quick project, quick gift, and SO WARM.

My friend Bridget at my former Peterborough LYS made herself one of these last winter, and I wanted one too. She gave me permission to share it with you fine folks as well! Mine is a slightly modified version of hers, but here’s what I did. 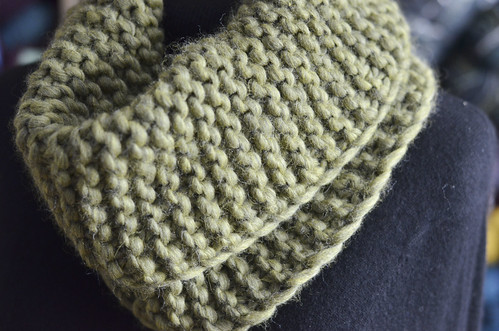 Take your skein of Cascade Magnum or equivalent yardage of another super bulky yarn, some 12mm/US#17 or so needles (Bridget used 15mm).
Cast on 22 sts.
Work every row as follows: Slip 1, knit 20, purl 1.
Repeat until it is as long as you want, or until you almost run out of yarn.
Sew that sucker up as nicely or as not nicely as you like. 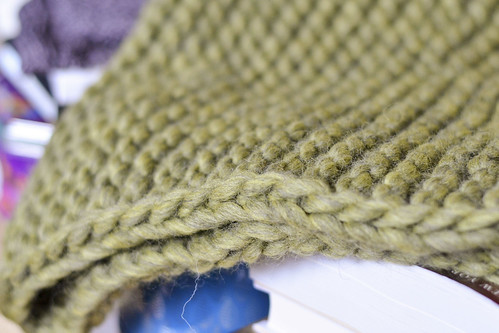 And that’s it, voila! You have a cowl I love mine. I would be lying if I said I hadn’t considered making another one, just for the satisfaction of it.

I hope your first Monday of the New Year is as painless as possible. Stay warm, knitter friends!