Knitters, if you are like me, you have your habits that you stick to 99% of the time. One of these habits for me is that I use the long tail cast on almost all of the time. (I actually usually end up doing it with two hands, similar to that shown here, because that’s just how I learned and I got very speedy at it). I know how to do other cast ons, but that one has just become my favourite, and in general I think it’s okay to have favourites as long as they don’t start to get in the way. 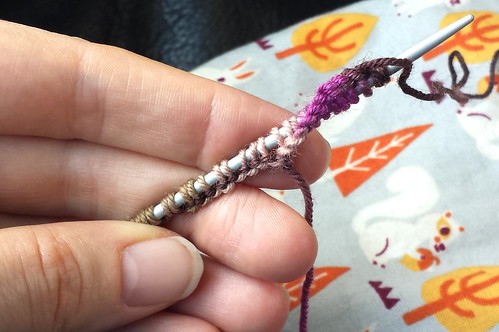 If you’re a practiced long-tail cast on user, though, you know that one of the big downsides is that it is hard to predict exactly how long of a tail to leave. It’s very easy to end up with one wayyyy too long, or one juuuuuust slightly too short. There are indeed ways to try to combat this, and the internet is on it: there are whole lists of suggestions here, here, and here.

On a personal level, I’m going to be honest with you and admit that most of the time I don’t over-think the amount of yarn I use for the long tail – I usually either rip it out early on if I can tell it’s going to come up short, or just live with it if it’s too long and snip off a bit of the extra yarn. (This feels like a big confessional. Hi, my name is Glenna and I don’t care if I mess up my long tail cast on. Hi, Glenna.)

However, the real point of this anecdote is to say that if are coming up short on the long tail cast on by just a little bit, you can rescue yourself by casting on the remaining stitches using the cable cast on or knitted cast on. These are 2 of the more basic cast ons that many knitters learn as newer knitters and then we easily end up leaving behind once learning exciting things like the long tail or twisted german cast on. 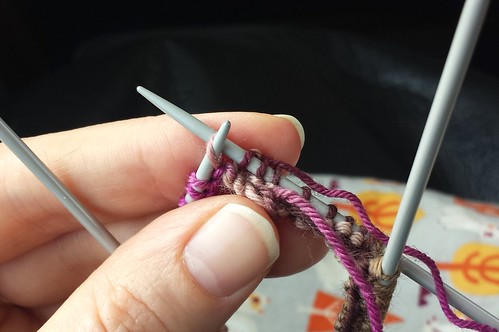 This is a nice solution to have up your sleeve in a pinch, for when you just want to finish your cast on and maybe it’s not an edge people will actually see very obviously, such as the top of a sock cuff. My top photo, above, shows you my cast on for my 2nd Jaywalker sock that I started while riding a streetcar on the weekend, when I didn’t want to pull it all out and start over. I stopped in the middle of the long tail and then did the rest using the cable cast on method, and then joined my round and carried on with starting my sock. Incidentally, this is also a good method for adding on stitches over a gap, such as when knitting mittens or gloves (when you need to re-cast on stitches over the gap left after holding aside thumb stitches). 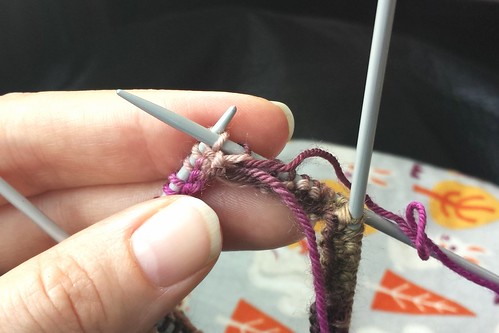 The result will still be a little bit noticeable on the cast on edge, or at least it will be until you sew in the end. It is definitely a pinch-hitting kind of fix, and if you’re the sort of person who would be driven crazy by the minor inconsistency left behind at that point in the cast on edge, then it may not be the solution for you. But, it’s an option available in your toolbox and just goes to show it’s always good to hold on to all those bits of technical knowledge even if you don’t think they’re useful to you. You just never know what will be handy

Have a great Monday, knitter friends!

← So, December
I thought December had more time →